Who is G.K. Chesterton?

Gilbert Keith Chesterton (1874-1936) is a writer like none other. As a journalist, he wrote thousands of essays for the London newspapers. But he also wrote a hundred books: novels, poetry, plays, literary criticism, history, economic theory, philosophy, and theology. And detective stories. He wrote on every conceivable subject, but his vast output is matched only by the consistency and clarity of his thought, his uncanny ability to tie everything together. In the heart of nearly every paragraph lies a jaw-dropping aphorism or sparkling paradox that leaves readers shaking their heads in wonder.

[bctt tweet=”“Chesterton approached every subject with great wit and overflowing mirth. The world needs to be shaken with his laughter once again.”” username=”americanchestertonsociety”]

He was not only a creator of characters, he was a character in his own right. At six foot-four, and three hundred pounds, with cape and swordstick, crumpled hat and tiny glasses at the end of his nose, he was a cause for amusement wherever he appeared. But he was one of the most beloved men of his time. Even his opponents regarded him with great affection. His humility, his wonder at existence, his graciousness and joy set him apart not only from most “artists” or “celebrities” but from most anyone.

A massive mind in a massive body, Chesterton was a giant in all respects. But in our day he is a giant in hiding, a giant apparently too big to be seen. Even though Chesterton is still widely quoted, he is largely forgotten. And yet so many of the very things he warned against have come to pass: mindless faddism, rampant materialism, moral relativism, censorship by the press (as opposed to censorship of the press), the rise of the twin evils of big government and big business, the decline of the family, the loss of beauty in the arts, the loss of wonder at the world, the loss of liberty in life.

Chesterton’s words ring truer today than when they were first written at the other end of the previous century. And while all that sounds quite serious, it is refreshing to find that Chesterton approached every subject with great wit and overflowing mirth. The world needs to be shaken with his laughter once again.

Read Dale Ahlquist’s introductory essay on G.K. Chesterton, “Who is This Guy and Why Haven’t I Heard of Him?” 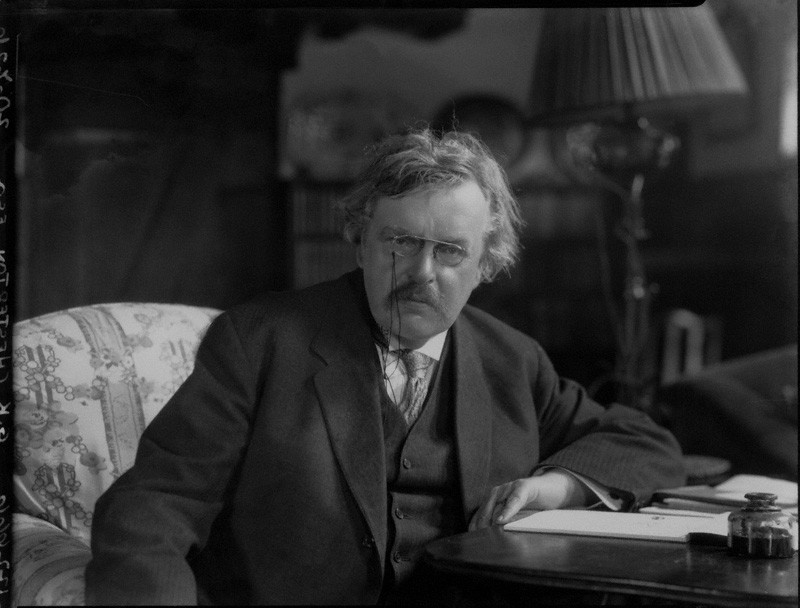