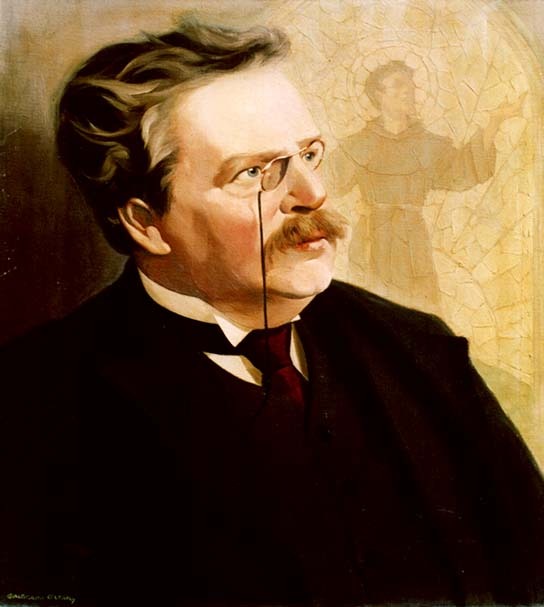 The Society of Gilbert Keith Chesterton

The Society of Gilbert Keith Chesterton is a Catholic lay apostolate, recognized formally as a canonical private association of the Christian faithful. Our mission is to evangelize through education, inspiring people to live joyful, holy lives, with G.K. Chesterton as a model of lay spirituality. To help carry out its mission, the Society sponsors the work of the Chesterton Schools Network and adult education through its annual conferences, publications, and the support of local Chesterton Socieities.

Learn more about our mission and vision

The last few years have seen an enthusiastic revival in the writing and thought of Gilbert Keith Chesterton (1874-1936), a Catholic layman who was a celebrated writer, speaker, and thinker whom Pope Pius XI called “a gifted defender of the faith.” A convert to the Catholic Church, Chesterton wrote over a hundred books during his lifetime and published over five thousand essays in newspapers and magazines. He foresaw and wrote about the issues we struggle with today: social injustice, the culture of death, the decline of the arts, assaults on religion, and attacks on the family and on the dignity of the human person. 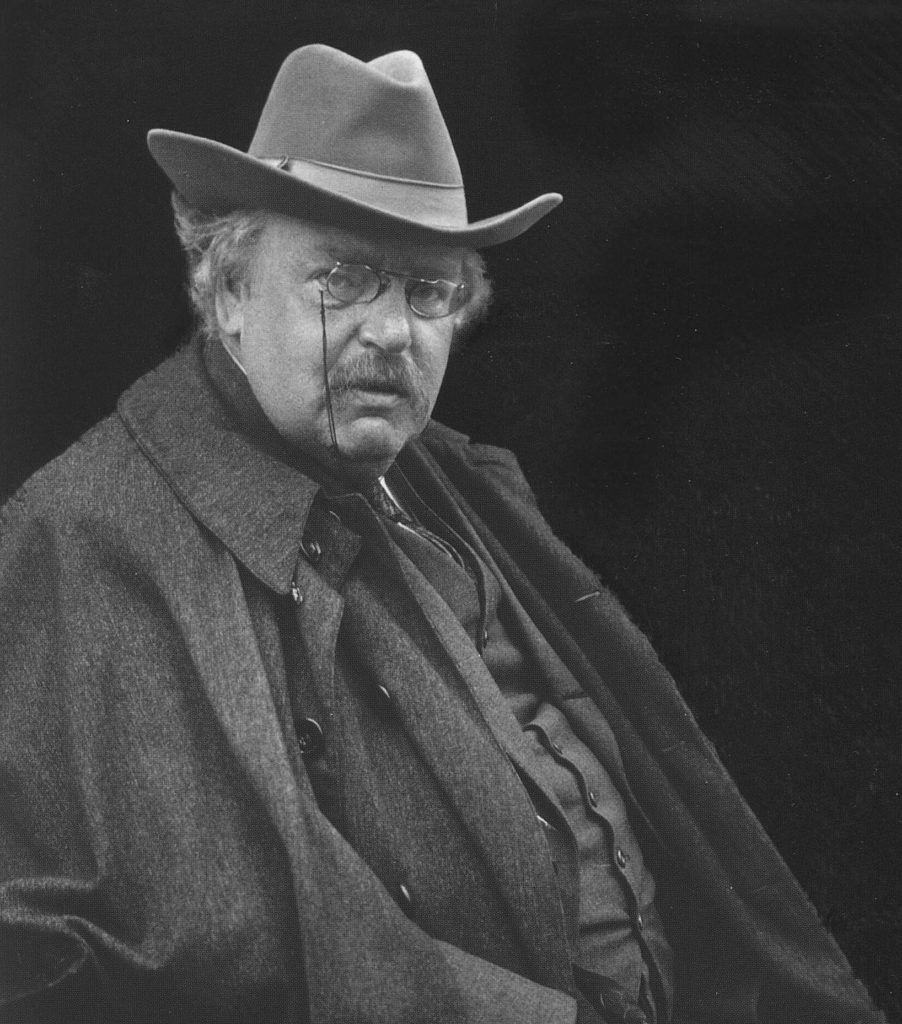 A Model for the New Evangelization

Chesterton has re-emerged as the intellectual giant that he was in his own time but has also proved to be an inspirational and life-changing figure in our time. Bishop Robert Barron has called him the “model for the New Evangelization.”

Chesterton is an articulate spokesman for the breadth and depth of Catholic thought. But people are also drawn to him for his goodness and charity and humility. There is an enthusiastic universal devotion to Chesterton, representing both clergy and laity. He has played a major role in hundreds of conversions to the Catholic Church. In addition, Chesterton holds a huge ecumenical appeal as Catholics, Protestants, and even non-Christians find great inspiration in his writings.

The Work of a New Apostolate

The Catholic Church is presently investigating the possibility of opening the cause for Chesterton’s canonization. Inspired by the Church’s interest in Chesterton’s holiness, a new worldwide Apostolate has been formed – The Society of Gilbert Keith Chesterton. The Apostolate works not only to promote his canonization but to promote Chesterton’s thought and writing as a model of lay spirituality. Among the thousands of ideas in his writings, three very important areas of thought stand out as being particularly pertinent in our present age: Catholic education, evangelization, and Catholic social teaching. The Society of Gilbert Keith Chesterton promotes these endeavors through its sponsored organizations.

The one thing that is never taught by any chance in the atmosphere of public schools is this: that there is a whole truth of things, and that in knowing it and speaking it we are happy. – G.K. Chesterton

As a recognized defender of the faith, a literary genius, and a stellar example of Christian charity, G.K. Chesterton is a perfect model on which to develop an integrated education. Chesterton Academy’s classical curriculum and focus on spiritual and character development are inspired by G.K. Chesterton as a complete thinker. Everyone recognizes the crisis of education in America today. , The Chesterton Schools Network has proven to be transformational in bringing spiritual and intellectual health back into the classroom, while helping make Catholic education affordable for all families.

The Christian ideal has not been tried and found wanting. It has been found difficult; and left untried. – G.K. Chesterton

Through its magazine, books, local societies, and national conferences, the Society of Gilbert Keith Chesterton promotes the writings and thought of G.K. Chesterton, introducing and reintroducing Chesterton to a new generation so desperately in need of his joy and clarity of thought. Chesterton says the reason people will not believe is because they will not broaden their minds. He brings people to the faith because he teaches them how to think. Chesterton continues to bring converts into the Church but, as he says, “I believe in preaching to the converted because I find they often don’t understand their own faith.” He has helped thousands of Catholics rediscover their own faith and return home to the Church.

Chesterton brilliantly articulated Catholic social teaching to show how we can create a freer society with more self-sufficiency and self-governance.  A project of the Society, the archive of The Distributist Review helps promote Catholic Social Teaching and highlights examples of families and businesses across the world living out that teaching today. Most people misunderstand Catholic social teaching. It means justice for the poor, but it also means justice for families and creating an economic system that is based on the family. As Chesterton points out, most people today have a slave mentality but they are unaware of it. They want simply to be taken care of and have everything done for them. Families have particularly suffered from losing their autonomy and being trapped in a system over which they have no control. An understanding of Catholic Social Teaching will not only build a better society but bring people to a fuller understanding of the Catholic faith.