Cause - Society of Gilbert Keith Chesterton Skip to content

Status of the Cause

Statement on the Cause for Canonization

G.K. Chesterton Should Be Numbered Among the Saints

A Cause for the Convert-Maker?

Many of you by now have heard the news that the Bishop of Northampton England has decided not to pursue the Cause for the canonization of G.K. Chesterton. He gave three specific reasons why, reasons which the Society of G.K. Chesterton had anticipated and thoroughly answered. We’ll work to make that defense clearer.

This does not mean that G.K. Chesterton will never be canonized. There are other potential avenues we are exploring. We are hopeful that this is only a speedbump on his becoming a saint. Please pray for the Society as we continue to promote and support worldwide devotion to G.K. Chesterton. Help us demonstrate devotion to Chesterton by lighting a virtual candle for his Cause. https://www.chesterton.org/candles/

Over the past twenty years, Dale Ahlquist has compiled a list of over 450 names of individuals whose path to Rome was paved in part by G.K. Chesterton, and we learn of new converts every day. It is clear that a worldwide cult devoted to Chesterton has been growing in recent years. The ACS alone has distributed over 15,000 prayer cards and the intercessory prayer has been translated into over 20 languages.

For several years, Dale had urged the Bishop of Northampton (Chesterton’s diocese) to look into Chesterton’s cause. The initial argument was that Chesterton demonstrated heroic virtue during his lifetime and has been the inspiration for an untold number of conversions.

In 2013, the bishop of Northampton, Peter Doyle, appointed Canon John Udris to begin an official investigation into the potential of opening the Cause for Canonization of G.K. Chesterton. Father Udris had formerly been the priest at Chesterton’s own parish in Beaconsfield and the Canon of the Cathedral of Northampton.

The election of Pope Francis might have prompted Bishop Doyle to appoint an investigator for the Cause.

The five-year study was been completed by Father Udris in the summer of 2018. We are currently awaiting news from Bishop Doyle on the status of the Cause.

Prayer for the Intercession of G.K. Chesterton 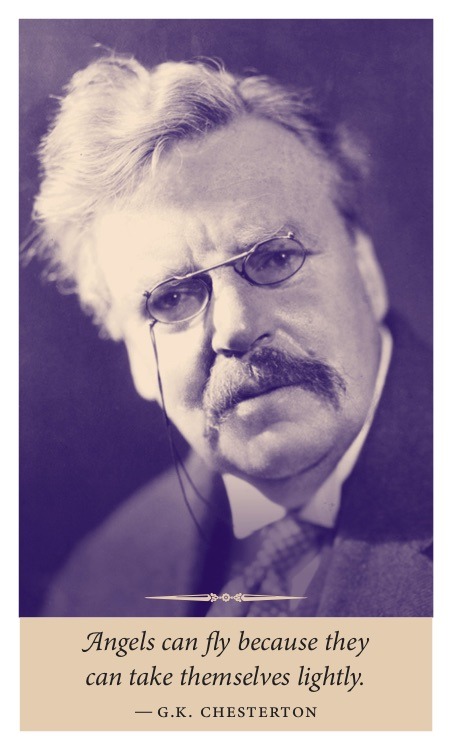 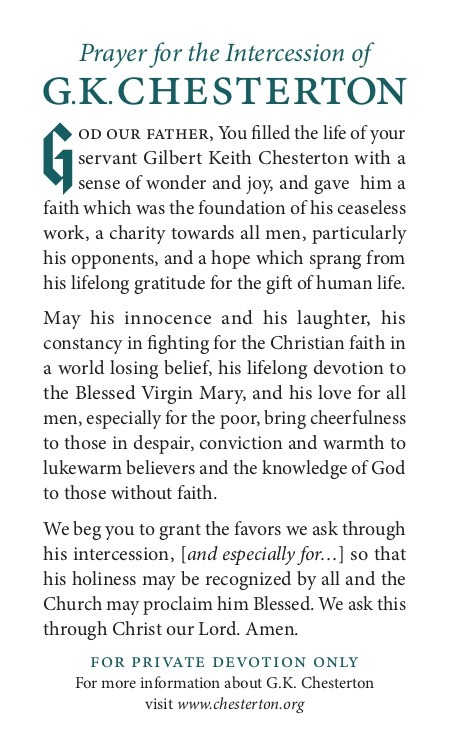