A Radical Idea That Might Not Be So Radical - Society of Gilbert Keith Chesterton Skip to content
The Society of G.K. Chesterton
Menu

A Radical Idea That Might Not Be So Radical

Dale Ahlquist
From the November/December 2020 Issue of Gilbert! Magazine

In a recent essay entitled “Taking Advantage of a Crisis” (written for the Center for the American Experiment) our own Chuck Chalberg had a novel response to the proposal floating around here in Minneapolis to defund the police. Instead of disputing the notion, Chuck asked: Why stop with the police? “Maybe it’s also time to ‘de-fund’ the K-12 sector of what passes for public education in Minnesota.”

“The idea is to fund parents directly, rather than schools directly. Let the state legislature decide the going rate for the education of a K-12 age child, and then let the parents decide where that child should be educated and how that money should be spent. It’s called school choice. A radical idea? No doubt. But this is a radical idea that will directly empower parents, which is something that defunding the police will not do. Defenders of the status quo tout the virtues of public education. Once upon a time those virtues were real. But today? … Our public schools … today … are transmission belts for a political agenda that features such “isms” as multiculturalism, environmentalism, secularism, and anti-Americanism.”

Chuck explains that when he taught American history at a community college, his philosophy was to tell the story warts-and-all. But he noticed how, over time, his students became “pretty well versed on the warts, but not much else.” He understood, of course, that the founding fathers “were white, male and flawed. Many were also wealthy slave owners.”

“But they gave us a creed and a constitution of ultimate benefit to all. Our true founding was 1776, not 1619, as the New York Times wants to insist. To be sure, our national birth came with a serious defect: slavery. But it also offered—and delivered—great promise. To believe that our country was founded by slaveholders for slavery is to believe that what became the USA was rotten at its core. Such a country cannot be defended. More than that, such a country does not deserve to be defended. That country is not the United States of America, but a troubling number of its young clearly believe otherwise. Therefore, they have come to believe that it must be fundamentally transformed, if not destroyed.”

This is a serious problem. How do we even begin to solve it? Chuck suggests that ceasing to fund public education might be a good place to start. After all, why should we keep paying for public schools to teach our children a deliberately distorted picture of the past and reasons to hate their own heritage? (Not to mention our schools turning out ill-thinkers in general.) Chuck calls it “taxpayer funded non-teaching.”

The philosophy behind Chuck’s radical solution is not so radical at all: Give parents more power to determine how their children are educated. Make teachers accountable to the parents of the students rather than accountable to the State. What makes a society strong? The artificial props of state machinery, or the natural foundation of the family? As Chesterton says: “If children see that their teachers despise what their parents desire, there is and must be a conflict of authorities. And there is, and must be, in the modern State, a monstrous discovery; that it is the more new and unnatural authority that has the power.” Chuck knows where the natural authority is:

“The best bet for a good society is strong families. And parental control of education is evidence of strong families at work. After all, who is more invested in and concerned about a child’s success and well-being than the child’s parents?”

In What’s Wrong with the World, G.K. Chesterton prophetically lists the four main problems that we still face: Big Government, Big Business, Feminism, and Public Education. The first two, also known as Hudge and Gudge, have certainly made a show under the Covid Plague to crush freedom and independence. Feminism has given us abortion and the disintegration of the family. But the steady and spectacular decline of public education in America has been undeniable even though some still deny it. The people who have been burning down our cities are not uneducated; they are badly educated. They were educated in our own schools. They absorbed the philosophies of the day, and as G.K. Chesterton observes in Orthodoxy, every modern philosophy is not only crazy, but self-destructive. Behold the results.

“They talk a great deal about education, because it is compulsory education. Whether or no they can educate, they are always eager to compel. But as a fact their aim is the very contrary of education. It is the destruction of education, and even of experience. It is to make men forget the past, forget the facts, forget the very memories of their own lives. And if their compulsory culture spreads successfully, it is very likely that we shall be alone in knowing what was known to every man, woman, and child, in the hour of our danger and deliverance.” (New Witness, Sept. 24, 1920)

Like most of the giant problems facing our society, people feel helpless to defeat the Goliath called Public Education, and they are merely resigned somehow to cope with it. Slaying the giant might be the quick solution, but there seems no quick way to do it. Cutting off the lifeblood to public schools (i.e. taxes) would effectively kill them, but that requires a political upheaval. We’ve been having a lot of those lately and it seems that more are brewing. Well, why not start a movement to defund public education? Who will join in our crusade?

In the meantime, however, there is a local solution to our education problem: start your own school. (We can show you how to start a classical Catholic high school, if you’re interested.) If enough people start good small schools, the big bad schools—which are already unsustainable—will find themselves with not enough students even to pretend they are worth public support. We can shut down public education by eliminating not only the excuses for it, but the demand for it. And we can do it from the bottom up. 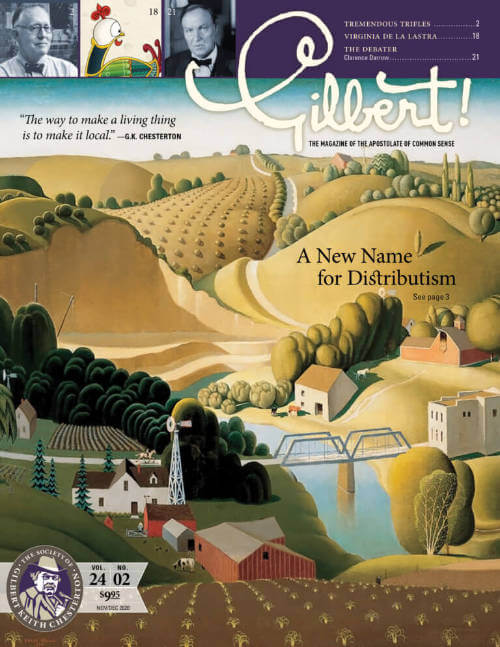