As anyone who has read Orthodoxy knows, G.K. Chesterton claims to have written the book in response to a criticism made by a journalist named G.S. Street, who said he would worry about his own philosophy when Chesterton explained his. Thus, the book. One wonders if Mr. Street ever read that book he inspired. Four years later he made an even more inane criticism of Chesterton: “But I will not admit the argument of Mr. G. K. Chesterton that in fiercer and bolder times it was the weak as against the strong who were glorified…He cited ‘Jack the Giant-Killer’ and ‘Robin Hood and the Tinker.’…But observe, observe carefully please, that the stories and ballads were made after the event…”

In this case, Chesterton only responded with an essay, in which he offers this sparkling reflection: “Literature is not made merely of experiences. Literature is made of day-dreams. Literature uses the earth and sky, the pots and pans of experience. So do our daydreams. So do our nightmares… The elements of which the tale is made are necessarily drawn from what has happened. But the impulse to tell the tale is not drawn from what has happened. It is a desire to make it happen…It is the only kind of literature that can truly be called creative; like the moral actions it anticipates.”

The exchange took place in the pages of The New Witness, the paper edited by Cecil Chesterton, G.K’s younger brother, which succeeded the short-lived Eye-Witness that had been edited by Hilaire Belloc.

The chief purpose of the paper was to expose political corruption. But even though there’s enough material there to fill a whole paper, it doesn’t make for the best reading. So the more famous elder brother was brought in to, by his own admission, take up his pen to fill the paper. He contributed poems, such as his well-known “The Song of Right and Wrong” (“Feast on wine and fast on water…”), and his jarring “Song Against Grocers”:

God made the wicked Grocer

And go to inns to dine.

And the very politically incorrect “The Saracen’s Head” (which is still the name of a pub in Beaconsfield, though the old inn sign with its distinctive illustration has been removed.)

He also contributed book reviews, which put him in the the delicate position of having to review a book by one of his best friends, and trying to explain that it is really an excellent book in spite of the fact that E.C. Bentley wrote it.

A good detective-story is, broadly speaking, a reversible machine. It is a series of points or pegs fitting into certain holes, which must be so skilfully made that when folded back the opposite way all the pegs fit into the holes as neatly as they did before. The word spelt forward must exactly contradict the word spelt backward, but using only the same letters, and, unlike some such Baconian inscriptions, they must both be correctly spelt. The very fact that one end of the stick points to one thing ought to warn the reader that the other end points to the opposite. It is a struggle between the writer and reader for the possession of the right end of the stick.

The book was Trent’s Last Case, which is one of the most famous detective novels of the 20th century, and written by the inventor of the clerihew.

He also reviewed a biography about his favorite writer, Charles Dickens, that tended in Chesterton’s opinion to go a little too deeply into Dickens’ personal failings as a husband. Chesterton acknowledges that the argument of “a holy privacy” can be taken too far. “There is such a thing as history, a healthy familiarity with the past; and it is one of the Rights of Man. All attempts, for instance, to hush up the facts concerning the fireside happiness of Henry VIII may be said to have broken down. And though  King Solomon’s establishment of six hundred wives and three hundred concubines was doubtless, in theory, a domestic detail personal to himself, it was one he would have had some difficulty in concealing.” But the point is that if a writer is making a case for morality, it is not irrelevant to mention his immorality. However, “certain investigations into famous families” have a “dwarfing effect” upon the mind. Such seekers after truth have an enthusiasm that is a fever that exhausts rather than a fire that warms.

But though Chesterton tried to keep his involvement limited to literary criticism and light verse, he was soon drawn into political discussion, and would be drawn deeper and deeper into the paper. He would later become a regular columnist before becoming the temporary and then permanent editor after Cecil’s tragic death in France at the end of the Great War. The paper would last for ten years. Gilbert was forced to take it over, but it nearly took over him.

In this first volume of issues (which have never been reprinted), we get a taste of what is to come. He condemns Anti-Semitism, even the paper was regarded as an organ of Anti-Semitism. Chesterton calls it “a perversion of patriotism.” He calls the House of Commons, “small men getting smaller.” He calls “business interests” a “ceaseless stream of suggestions through a network of excuses.” He says that in the big shops and offices (whether run by the government or by a corporation), “the employees are a race of orphans at the mercy of an invisible and irresponsible step-mother. They are oppressed, and have no oppressor. They are sweated, sacked and fined according to the secret pressure brought to bear on their company by another company; or by politicians, bureaucrats, or by capitalists or politicians.”

But Chesterton does not merely oppose. He stands for something. And that is the thing his opponents continue to ignore.

This essay originally appeared in the September/October 2018 issue of Gilbert! magazine. 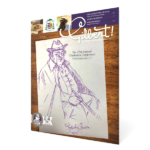