Chesterton's Second Book of Essays on Historical and Literary Figures

Chesterton’s second book of essays, Twelve Types, (1903) has actually been misshelved with books about printing. But the “types” here are people, not print. They are literary and historical figures, ranging from Charlotte Bronte, William Morris, and Sir Walter Scott to Byron, Pope, Charles II, Carlyle, Tolstoy, and Savonarola.The dozen essays, first written for the Daily News and the Speaker, were originally book reviews of now forgotten books about these famous figures. Chesterton simply used the guise of a book review to share his own perspective about these “types”, and to launch into larger topics such as satire, simplicity, Puritanism, Paganism, property, religion, reason, imagination and art. In other words, all the things Chesterton would always write about. Chesterton always wrote about an incredible variety of subjects, yet always managed write about the same thing. It is one of the reasons why, when people ask what Chesterton book they should read first, two answers must be given. One is: any of them. The whole is present in each of its parts. However, the other answer is: none of them. There isn’t a best first book to read by Chesterton. It is always better to have read one of his other books before whatever one you happen to read first. Each of the books is augmented by the other books. The whole is greater than the sum of its parts. “The Grand Book of Chesterton” is surely a house of mirrors. Not that each page reflects the other, but that each page offers us a reflection of the same eternal light.

Though written 20 years before he became Catholic, this collection includes an essay on St. Francis of Assisi, which not only foreshadows the book he would later write on this subject, but reveals his keen insight into things that one would think Chesterton had no right to know anything about: asceticism and monasticism.

In 1903, Chesterton has just burst onto the scene, and the contemporary reviewers of Twelve Types book were impressed and refreshed by his wit, his confidence (“Assurance doubly sure”), his assertiveness, his “breathless” rhetoric, his “intense intelligence,” especially demonstrated by his ability to compress complicated ideas to clear, clean prose. But they seemed surprised that his essays did not reveal a writer who was merely “essaying” but was actually fighting for the truth. Imagine.

In 1908, these twelve essays were re-issued in a book called Varied Types, which includes nine additional essays about such figures as Bret Harte, Alfred the Great, Tennyson, Ruskin, Queen Victoria and others.

The essay on Bret Harte is the outstanding one here, showing Chesterton’s appreciation for the American frontier (“a nation of foreigners”), for parody (which “might be defined as the worshipper’s half-holiday”), and of course, for Bret Harte (“a really great parodist” in the Dickens mode).

But from the essay on Queen Victoria comes one of Chesterton’s most prophetic and profound lines: “We are learning to do a great many clever things. Unless we are much mistaken the next great task will be to learn not to do them.” 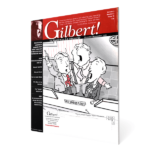