Lecture 74-The Paradoxes of Mr. Pond Skip to content

Lecture 74: The Paradoxes of Mr. Pond

It is well known that Father John O’Connor was the inspiration for the character of Father Brown, and it is generally conceded that Maurice Baring was in some way the model for Horne Fisher of The Man Who Knew Too Much. But who served as the basis for Mr. Pond? I have never heard of anyone being offered up as the real life counterpart for G.K. Chesterton’s last detective. I think it may be because there was no such person. However, I think there was a real basis for the character. Just outside the window of his study. The inspiration for Chesterton’s Mr. Pond was Chesterton’s pond.

In the introductory story, the narrator makes the connection with Mr. Pond’s obvious namesake:

…he was curiously like the pond in the garden. He was so quiet at all normal times, so neat in shape and so shiny, so to speak, in his ordinary reflections of earth and sky and the common daylight. And yet I knew there were some queer things in the pond in the garden. Once in a hundred times, on one or two days during the whole year, the pond would look oddly different; or there would come a flitting shadow or a flash in its flat serenity; and a fish or a frog or some more grotesque creature would show itself to the sky. And I knew there were monsters in Mr. Pond also: monsters in his mind which rose only for a moment to the surface and sank again. They took the form of monstrous remarks, in the middle of all his mild and rational remarks. Some people thought he had suddenly gone mad in the midst of his sanest conversation. But even they had to admit that he must have suddenly gone sane again.

Thus Chesterton set the stage for eight adventures featuring a quiet government clerk whose first name we never learn, who is perfectly ordinary but for his strange and sudden pronouncements that knock everyone ajar. Pond’s associates, Wotton and Gahagan, puzzle over his paradoxical statements: “The only part of his conversation they could understand was the part they could not understand.”

“Funny things, agreements,” said Pond. “Fortunately people generally go on disagreeing, till they die peacefully in their beds. Men very seldom do fully and finally agree. I did know two men who came to agree so completely that one of them naturally murdered the other; but as a rule…”
“‘Agreed so completely,’” said Wotton thoughtfully. “Don’t you – are you quite sure you don’t mean: ‘Disagreed so completely’?”
Gahagan uttered a sort of low whoop of laughter. “Oh, no,” he said, “he doesn’t mean that. I don’t know what the devil he does mean; but he doesn’t mean anything so sensible as that.”

It is fitting that his final work of fiction is devoted to his most distinctive literary device. It is as if Chesterton wants to insist one last time that his paradoxes are simply obvious truths, only compressed into a small space that only makes them seem contradictory. “You simply have to know the story to see how simple it is.”

He offers a thorough examination of the nature of paradox in the story, “When Doctors Agree,” which may include the only instance of Chesterton deliberately quoting himself (though unattributed): “A thing worth doing is worth doing badly.” The wonderfully twisted aphorism first appeared over a quarter of a century earlier in What’s Wrong with the World, and was no doubt widely acknowledged as one of Chesterton’s most striking – and most quoted – lines. (Pity we never catch him quoting that other famous line of his: “When a man stops believing in God…”).

A reviewer of this posthumous collection of detective stories noted that no actual blood is ever spilled in these tales of crimes; it is only fallacies that are slain. A fine insight, but it overlooks the fact that these tales are also great yarns, and the otherwise tepid reviews also reveal the sad fact that Chesterton’s own generation did not understand what it had just lost. There would be no more detective stories spun from Chesterton’s mighty pen. This was the last batch. It should have been a cause for rejoicing that there was one final collection, offered, as it were, from beyond the grave. The Paradoxes of Mr. Pond remains the most overlooked collection of Chesterton’s mysteries, since it appeared after Chesterton himself left the stage. Most of his biographers tend to end Chesterton’s story with his life, not with his stories.

But this book is not without its admirers. “I think of Chesterton first as a poet,” said Jorge Luis Borges. “But he was a poet all the time. Especially when he wrote detective stories.” Borges believed that Chesterton’s stories would always be read, “since a mystery that so imaginatively suggests an impossible, fantastic occurrence is interesting for more than the logical explanation contained in the last few lines.” Of the many Chesterton stories that Borges translated into Spanish, his favorite was one from this collection: “The Three Horseman of the Apocalypse.” The images he found unforgettable: “the long white road, white hussars and white horses, and a fascinating struggle of the wills.”

Indeed, there is something far-reaching about this tale. The very title suggests something both monumental and prophetic. There is an important character, central to the story, but whom we never meet. His name is Paul Petrowski, “the poet from Cracow, ” who combines “being a poet with being a patriot.” He is “a torch and trumpet of revolutionary hopes,” who is suddenly thrust upon the international stage. His enemies worry about his influence because they know “that a poet or a prophet could be as dangerous as an army.” And they resolve to kill him. But they fail.

A generation after this story was written, there would arise a poet from Cracow, who would become an international figure and “a torch and trumpet of revolutionary hopes.” He, too, would occupy the chair of Petrow, or Peter. And his enemies would try to kill him. And they would fail.

What did Chesterton see with his bright dying eyes?

“The Paradoxes of Mr. Pond” is unfortunately out of print.

This essay first appeared in the April/May 2009 issue of Gilbert! magazine. 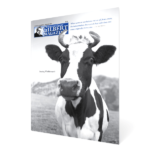