Lecture 94: Before and After

In his 1910 book William Blake (see also the lecture, William Blake), G.K. Chesterton says that we all wake up on a battlefield, a reference to the spiritual warfare into which each of us is born. Five years later, Chesterton had rather more direct sensation of that experience. He had had a complete physical collapse at the end of 1914, and four months later emerged from a semi-comatose state to full consciousness to find his country in the midst of World War I. The interesting thing about this volume of Illustrated London News essays is that we see Chesterton both before and after his God-imposed leave of absence from writing. He wakes up fighting, but the landscape of the whole world has changed.

In his first essay upon his return he announces that he does not want to write about the war; he wants to write about everything else. But for the next three and a half years, with increasing and narrowing specificity, most of his columns will be about the war. The columns in the early part of the war, in 1915 and 1916, are by far the most interesting because Chesterton defines what the war is about.

Germany is the modern world. It is the culmination of four centuries of deteriorating philosophy, a steady descent from Catholic Europe. It is the product of the “German professors” but also of leaders who have embraced a theory of racial superiority. Chesterton makes the distinction between Germany and Prussia, and while the distinction is lost on some, this new enemy is actually a very old enemy. It is the ancient dragon. “The dragon is a dragon,” says Chesterton, known by its “tyranny and treachery and a thirst for the things of death.” It is the enemy of Christendom.

Now, before you start accusing Chesterton of low insults and inflamed rhetoric, it would be useful to step back and consider all the characteristics he identifies in the dragon. If you read these columns and ignore the references to Germany and insert instead “the modern world,” you will see quite clearly that we are still doing battle with the dragon.

Unmanly militarism
Excuses for the powerful and routine for the poor
Long words of explanation and short cuts in conduct
Care of the self and carelessness of the soul
Worse than destructive – uncreative and anti-creative
Proud, especially proud of being modern
Abnormal sensitivity and active sulks
Claims of inevitability
Reliance on the mechanized
License without freedom
Freedom without responsibility
Moral anarchy
Fragmentary ideas
Free thought
Nietzsche
Anti-Christian
Obsessed with hygiene and efficiency
Uniformity over a large space rather than variety in a small space.
Unmoral lecturing in the higher morality
Laborious books on ethics and economics
Mirthless cynicism
Sham science and shifty diplomacy
False universality
Wild ideas and weak art
Pedantry, perversion, and a cult of panic.

Chesterton says “Their deity is a cliché not a creed.”

But the problem is that nobody is willing to stand up and oppose them for what they are. Instead of doing battle with them, our own leaders attempt to mollify them, with “the utterly meaningless moderation of men who lose their own dogmas but cannot find any other.” They have lost their dogmas because they have lost their first principles, and so “cast about trying to draw the line somewhere and draw it everywhere but in the right place.”

And so Chesterton is not only doing war with the dragon, but with the pacifists who are unwilling to fight the dragon.

Chesterton maintains that a religious war is better than a racial war. We are fighting a religion of irreligion. It is about protecting dignity – our own and even that of the enemy. It is about saving souls – even the souls of the enemy.

“If our cause is wrong,” says Chesterton, “it is wrong because of the vanities, self-deceptions, and jealousies of civilised human beings.” But it will not be wrong because of the wrong theory of man and of the souls of men. Which is why he warns: “We must greatly purify ourselves even to be worthy of this war.”

Volume 30 of The Collected Works of G.K. Chesterton can be purchased here. 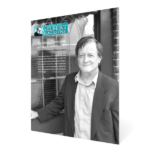