Volume 32 of the Collected Works of G.K. Chesterton

In most histories of the 20th century, the second world war is regarded as the event that broke the century in two, broke the world in two, broke civilization in two. But the break occurred earlier. As G.K. Chesterton predicted, World War II, which he did not live to see, was only the unfinished business of World War I, which he correctly said was not concluded.

Chesterton description of that fractured world in the wake of the war is a vivid description of today’s still broken world. Christendom had been attacked from within and without. The assault came not only on the faith, but on the family, on the philosophy of civilization, on everything solid and normal in our culture. The weeds that have grown through the cracks in our civilization have turned into a jungle. The growth of both government and commerce entangles every aspect of our lives, strangling the proper growth of religion, domesticity, and common sense. Reading Chesterton’s Illustrated London News columns from 1920 to 1922 is much more enlightening than reading any of today’s newspapers and a much more accurate description and explanation of what is going on now than anything being written now.

Nowadays neither voters nor representatives are watched at all, because the whole thing has

become too complicated and secretive to follow; and because everything depends on interviews and intrigues, and unrecorded conversations and unofficial compromises. Things are not watched, because there are a thousand evasions by advertisement and suggestion, by false news and fictitious biography; and, under cover of these things, men whom we cannot restrain pursue aims that we do not know.

We see government cover-ups of corruption, and (what is worse) media cover-ups of the cover-ups, but as Chesterton points out: “Conspirators can still hide things; but they can no longer hide the hiding of them.”

He describes “a scheme of official control which is too ambitious for human life” that has broken down, and given us “a bureaucracy that is something very near to anarchy.”

He also describes both the glory and gore of science, which on the one hand has given us “the beautiful vision of aviation,” where like the Psalmist, we can take the wings of the morning to abide in the uttermost parts of the sea, but on the other hand has given us the abomination of eugenics, where children (and anyone else for that matter) can be slaughtered for the sake of convenience. “Any advance in science,” says Chesterton, “ leaves morality in its ancient balance; and it depends still on the inscrutable soul of man whether any discovery is mainly a benefit or mainly a calamity.” The Culture of Death is already upon us a century ago. The new technologies suddenly present efficient, pervasive and unimaginable ways to kill others (and ourselves), but we face “exactly the same spiritual problem before him as that which confronted Cain, when he stood with a ragged stone in his hand.”

This Culture of Death is already seen in abortion, which Chesterton describes as a “more than usually barbaric form of birth control,” and which goes against every instinct and “the common conscience of men.” He says it should be called by its real name: “murder at its worst; not only the brand of Cain but the brand of Herod. We expect the protest to be full of the honour of men, of the memory of mothers, of the natural love of children.” Yes, we expect it still.

Art and literature have become depraved, and yet the artists howl in pain when they are rebuked by Christian critics, even though their art is an open insult to God and man. The problem with the artists, says Chesterton, is that they have no first principles, “such as make the foundation for the Greek Tragedy or the Divine Comedy.”

They have not the mastery of sorrow and sin, because they have not made up their minds what is sin, or even what is sorrow. They have only the passive mood that we call passion. They can only sleep and talk in their sleep; recounting their dreams, especially their nightmares. Dreams are sometimes very degrading, nightmares are always diabolical; and this drifting and dreaming method is therefore sometimes touched with degradation and diabolism. But the original weakness is intellectual rather than ethical. I do not accuse them of seeking for immorality. What I do accuse them of is seeking for morality. In other words, of not having any morality, and not really knowing how to find one.

The modern writer, says Chesterton, “does not know what he thinks; and has a faint hope of finding out by describing how he feels. Hence we have mere description of sensations, including sensual sensations, for their own sake.”

Progress has become an ideal, even though it is not an end. The modern world uses the word without comprehension of its meaning. “Its notion of progress has been to pile one thing on top of another, without caring if each thing was crushed in turn. People forgot that the human soul can enjoy a thing most when there is time to think about it and be thankful for it. And by crowding things together they lost the sense of surprise; and surprise is the secret of joy.”

A great—and timely—volume of essays. And it comes with a bonus: 19 essays by Hilaire Belloc which were written from January to May of 1920, when Chesterton was visiting America.

Volume 32 of The Collected Works of G.K. Chesterton can be purchased here. 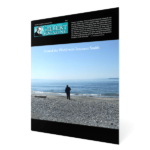