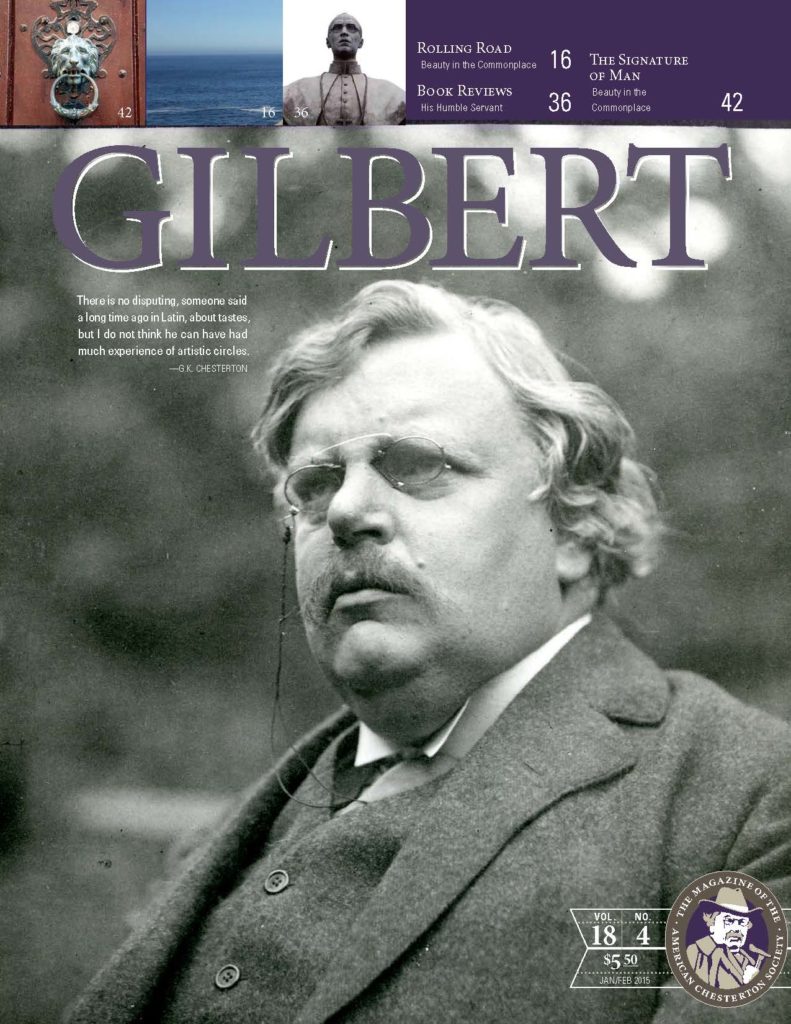 FEATURES
6 | Straws in the Wind
The Prudery Of The Feminists by G.K. Chesterton

8 | Schall on Chesterton
On Heresy by James V. Schall S.J.

31 | Ballad of Gilbert
The Happy Man by G.K. Chesterton

42 | The Signature of Man
Beauty in the Commonplace by G.K. Chesterton

48 | Letter to America
A Malthusian Ball by G.K. Chesterton

27 | All I Survey
Transcendence and Immanence by David W. Fagerberg

ALL IS GRIST
30 | What Would Jones Do? by Christopher Lansdown

31 | The Settled Science Paradox by Joe Campbell
The Detection Club

34 | The Bus Rider by Chuck Neubecker

40 | Fear of Film
Trial and Retribution
Reviewed by Chris Chan