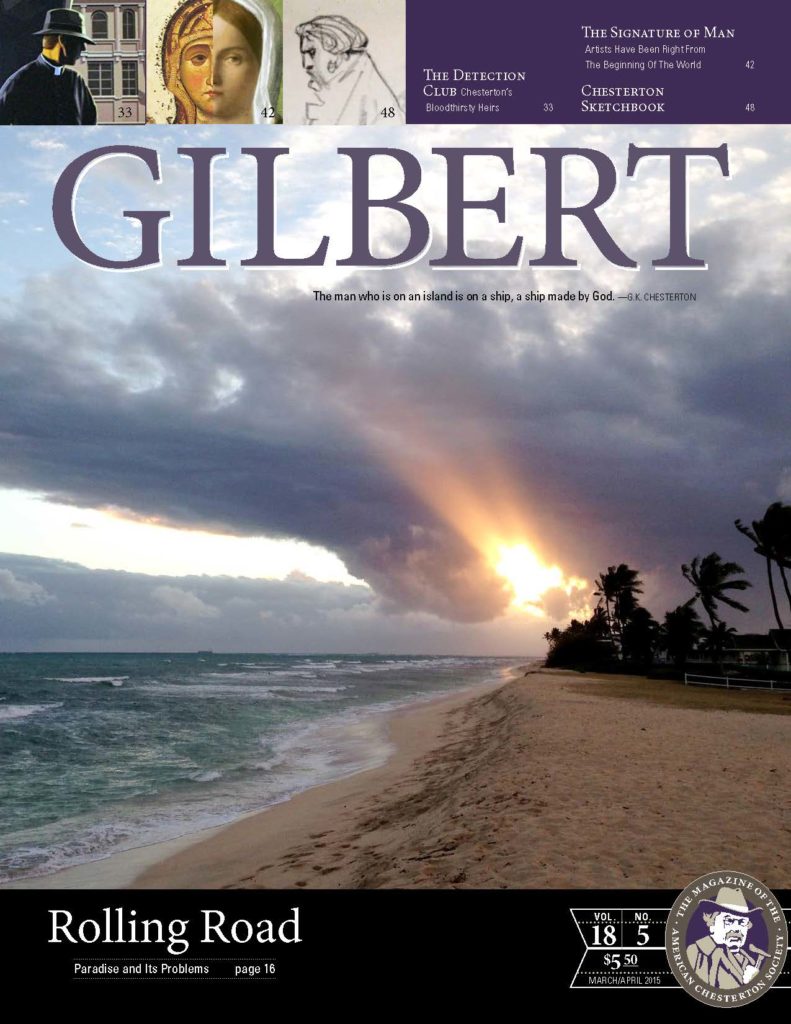 6 | Straws in the Wind
On Believing In Oneself by G.K. Chesterton

8 | Schall on Chesterton
On Knowing Too Many People by James V. Schall, S.J.

10 | Alarms & Discursions
So, What’s Really on Your Mind? by Dale Ahlquist

15 | Ballad of Gilbert
The Hygienist in Heaven by G.K. Chesterton

16 | Rolling Road
Paradise and Its Problems by Dale Ahlquist

42 | The Signature of Man
Artists Have Been Right From The Beginning Of The World by G.K. Chesterton

44 | The Distributist
What We Want, and Why by K.L. Kenrick

23 | The Flying Stars
Which Path? by Nancy Carpentier Brown

25 | All I Survey
Fasting Fridays and Meatless Mondays by David W. Fagerberg

26 | Varied Types
The Champion of Hospitality by Victoria Darkey

ALL IS GIST
28 | Fool’s Gold by Joe Campbell

30 | The Detection Club
The Siege by James G. Bruen Jr.
The Procedure by Chuck Neubecker
Investigations Are Long and Justice is Elusive
Reviewed by Chris Chan
Bloodthirsty Heirs by Steve Miller
The Father Brown Casebook by Steve Miller

Free to all members of the Chesterton Society. If you are not a member, make sure to join for access!