ESSENTIAL ESSAYS FOR OUR TIME

The Solution to the Current Crisis

By Dale Ahlquist
This article originally appeared in The Catholic World Report, June 3, 2020

Fortunately we have it.

But right now it seems that no one even wants to hear good news. It is a difficult time to think clearly. Passions are high. It’s such a complicated mess. A sickening video of police slowly killing an unarmed black man. A horrible outbreak of violence – widespread and unimaginable – an explosion not only of
racial tension, but of the frustration of being locked down for two months under the threat of an invisible microbe. A nation polarized and spewing vitriol at each other. Civilization falling apart.

It has been surreal to witness these things, especially since the flashpoint was right in my own hometown, just minutes from where I live. In Minnesota, we are much more accustomed to being ignored by the rest of the world. To suddenly have the whole world gaping at us through every news outlet has made it all the more freakish.

Painted on the walls across the city is the name of newly canonized George Floyd. But also terse verse for the cameras consisting mostly of the once unprintable vulgar word that is now used as verb, noun, and adjective. And also everywhere is the phrase, “No peace without justice.” This last one is absolutely true.

And the armed law enforcement officials and National Guard soldiers who came in to quell the violence did not bring peace. They only stopped the rioting. G.K. Chesterton says, “Peace without love is only a still panic.”

Let’s make signs that say that. Let’s put them everywhere.

Peace without love is only a still panic. Hate will make you a monster. As long as everyone keeps hating and blaming each other, there will be no peace. There will only be fear and eventually more violence, whether it is white against black, black against white, or any group against any other group.

Racism is a real problem, but it’s part of a much bigger problem. Sin.

And until we admit that problem, we will only have more problems. Consider the fact that every day thousands of innocent people have the life violently crushed out of them. But would a video of a late term abortion, hideous as it is, go viral, cause outrage? And why not? Why are the very peaceful pro-life activists the ones who are villainized?

There will be no justice in a nation where abortion is legal and where those who attempt to expose its evil are considered criminals. A nation where people routinely kill babies because they are babies will kill blacks because they are black, and will throw firebombs and break windows because it is instantly gratifying. Justice cannot be founded on sin.

There will be no justice in a nation where churches are not considered essential. The Church is where you confront your sin, confess your sin, and find peace. No peace without God.

We need God to forgive us, and we need to forgive those who have sinned against us. That will bring peace. Peace without love is only a still panic.

But there is another problem that no one wants to talk about. It is difficult to say it, but unless we recognize it, we will just keep spinning our wheels, and our society will continue to decay. The institution that has done more than anything else to cause the present chaos is the public school system. G.K. Chesterton says that Education is supposed to be simply truth in a state of transmission. It is passing the truth from one generation to the next. But if a school is not teaching the truth it is not teaching anything, and we are witnessing the catastrophic consequences of generations that have not been taught the truth. Neither have they been taught goodness and beauty. That is why they are so unhappy and angry and hopeless.

The state-sponsored, state-imposed schools are factories of fashionable fallacies. Students have been formed by a pervasive materialist philosophy. They have been taught that humanity itself is simply a lucky combination of chemicals, man is just another beast on the spectrum, economics is just a battle for bread, love is just sex, literature is just ranting, civilization is just a prison of oppression built by white Christian males. But Evolution means everything is getting better. Anything that stands in the way of progress and efficiency is bad. The past is the culprit. Old is bad. New is good.

The philosophy of progress, however, has been steadily stumbling for the last two hundred years. It keeps encountering what Chesterton calls a “healthy shock” which is “the whole philosophy of the Fall of Man.”

Our schools don’t teach the truth because they don’t teach the fundamental reality of sin. It is that reality that unravels every political and social philosophy. Sin has only one solution. The Incarnation. The Truth that informs every other truth. But this is the Truth that has been locked out of our compulsory education, and the minds of our children and our citizens have been formed without it. Behold the results.

But I said there is good news. The very night my city was burning, I was hosting an online open house for the Chesterton Schools Network. Hundreds of people had signed up from all around the country (and Canada). The good news is that next fall twelve new Chesterton Academies will be opening, and there will be 30 schools in the network, all stemming back to our humble beginning with 10 students 12 years ago sitting around one table right here in the Twin Cities. The good news is that we heard great excitement and encouragement and hope as the different headmasters talked about the good things that were happening in their schools, stories of tremendous faith and joy and light in the darkness. The good news is that there are more people who want to start a Chesterton Academy in their city.

This growing network is part of a revival in education at the grassroots level that is already starting to restore truth, goodness, and beauty to a world that is starving for it. We have begun rebuilding civilization even as it crumbles around us. 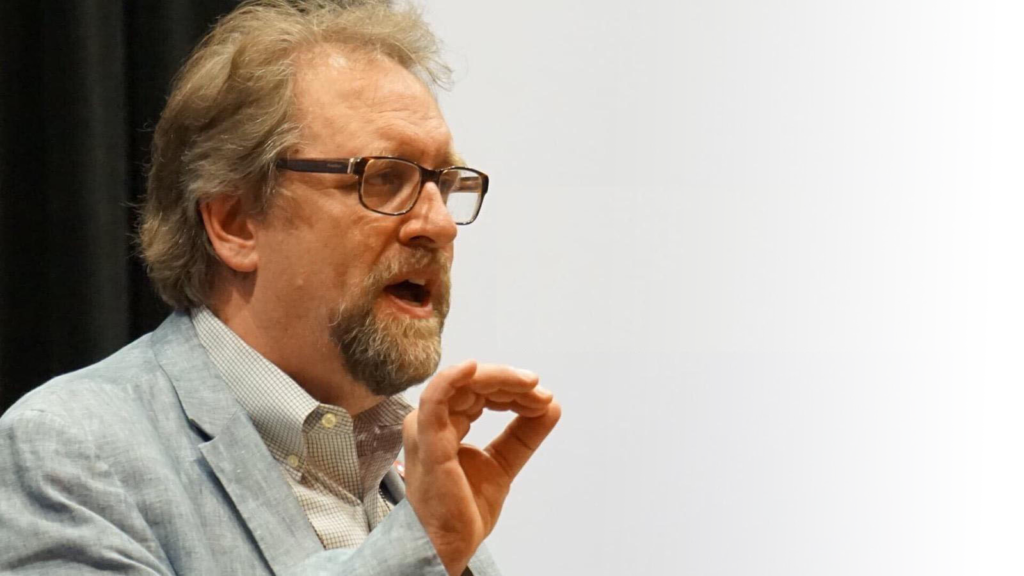 Popular speaker and renowned scholar, Dale Ahlquist is President of the Society of Gilbert Keith Chesterton, a worldwide lay apostolate dedicated to Catholic education, evangelization, and the social teaching of the church. He leads the Chesterton Schools Network, which exists to inspire and support the creation of joyfully Catholic, classical, and affordable high schools. around the world.