Dale Ahlquist
From the January/February 2022 Issue of Gilbert Magazine

If you have read the very brief epistle of St. Jude, as I’m sure you have, you will know that St. Michael had to fight the devil for the body of Moses. I don’t know why I brought this up.

Today it is hard to imagine a bishop strolling onto a soundstage and simply talking extemporaneously into a camera, thus creating the most popular show on television. But Fulton Sheen, Auxiliary Bishop of New York City, got more viewers than “Mr. Television,” Milton Berle, on a competing network. When Sheen accepted an Emmy award, he said, “I’d like to thank my writers: Matthew, Mark, Luke, and John.”

Everyone liked him except the Cardinal of New York who basically sent him into exile as Bishop of Rochester upstate and out of the city, away from the cameras.

He was born to a farming family in the tiny town of El Paso, Illinois. He would attend seminary in St. Paul, Minnesota, and continue his studies at Catholic University in Washington, DC, where he became a professor of theology. Known not only for his scholarship and teaching skills, he was an eloquent preacher who was made a monsignor by Pope Pius XI in 1934 at the age of 39. In 1950 he became the national director of the Society for the Propagation of the Faith, and in 1951 was consecrated a bishop. Then began the television series “Life is Worth Living” and 30 million viewers a week. He was by far the best known Catholic in America.

I remember once watching him on our old black-and-white set when I was a little kid and thinking, “I like that guy.” He was witty yet he spoke with authority. And in spite of Liberace-like flamboyance with his cape, he was self-deprecating and knew how to make fun of himself. Strange observations from a Baptist child.

Sheen once knocked on the door of the famous violinist Fritz Kreisler. He was actually looking for a different address, but the two of them started a conversation. It began a friendship that would lead to Sheen receiving the Jewish convert into the Catholic Church. He also played a major role in the conversions of politician Clare Booth Luce, automaker Henry Ford II, and others.

In addition to being a radio and television personality, Sheen was a popular author. He wrote over 30 books that were bestsellers. But his first book is less well-known. It was his doctoral thesis. He had the bright idea that it would be more attractive to a publisher if it had an introduction by a famous writer. Like G.K. Chesterton. Sheen recalled the encounter:

My first meeting was when I asked him to write the preface to my book God and Intelligence. Chesterton said, “I know nothing about Philosophy.” I retorted that he had written an excellent philosophy himself entitled Orthodoxy. Scratching his bushy head, he said, “I will write it! We both belong to the great mystical corporation called the Catholic Church in which we stand responsible for one another’s opinions. You know what I must believe,
and I know what you must believe.”

The last meeting was in 1936, when Monsignor Sheen traveled from Catholic University to Beaconsfield, England, to attend Chesterton’s funeral.

One day a woman called me up because she wanted to tell me about the time she met Bishop Sheen. She had been a librarian at a university and Sheen was visiting. He was at the height of his popularity. He was being escorted through the library by university officials and one of them introduced her to the bishop by saying that she had read all of Sheen’s books. The bishop smiled and asked her: “But who’s your favorite author?”

Sheen smiled even bigger. “Mine, too!”

But talk about moving with the world …

After there was some wrestling for Sheen’s body—I don’t know why I put it that way—it was safely transferred from New York to Peoria, Illinois, and he was scheduled to be beatified on December 21. But the ceremony was put on hold at the request of the bishop of the diocese where Sheen once served as ordinary. It seems the bishop had more fear of New York’s attorney general than he had confidence in the Vatican’s Congregation for Saints. This, after a confirmed miracle attributed to Sheen’s intercession. In other words, he has, at least temporarily, overruled the vote from heaven. This is the sort of thing that is going to make getting modern figures canonized all the more difficult if not impossible. If we’re going to be more concerned about not just rendering unto Caesar rather than unto God, but fearing Caesar more than fearing God, we can expect a real shortage of official saints from our time. The unofficial saints, however, will continue to enjoy the devotion of the faithful, and more importantly, pray for us. 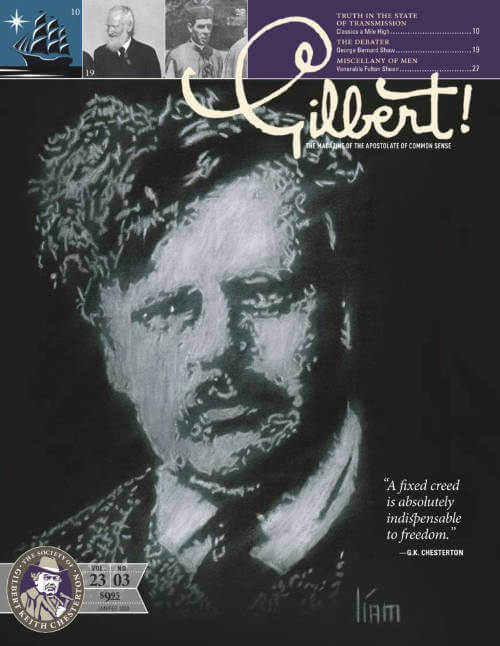