Dale Ahlquist
From the January/February 2023 Issue of Gilbert Magazine

Just as G.K. Chesterton says that every city is built over a volcano, it seems that every year is tumultuous. But 2022 somehow managed to end rather quietly, and it was fitting that it ended with the quiet death of the humble, holy man who once led the Catholic Church. Pope Emeritus Benedict XVI closed his eyes for the last time on the last day of the year. His last words: “Jesus, I love you.”

He was completely the contrary of the stern and stark public image he had somehow gained as Cardinal Ratzinger: the Pope’s “Rottweiler” and “Cardinal No.” The first time this image was shattered, when people realized the reputation didn’t fit the man, was the first time he got some real public exposure. The whole world happened to be watching when he presided at St. John Paul II’s funeral. He carried an air of humility that was soothingly and surprisingly apparent to everyone. He didn’t ask for all the attention he was receiving at that moment, but he used the occasion of the homily to utter the now famous words: “We are building a dictatorship of relativism that does not recognize anything as definitive and whose ultimate goal consists solely of one’s own ego and desires.” Millions of faithful Catholics who heard those words were suddenly hoping that Cardinal Ratzinger would emerge as the next Pope. He did.

A priest friend of mine, who lived in Rome for many years, told me an interesting story. He said he was talking to some local residents after Pope Benedict was elected and wondering if they were disappointed that a German had been named Pope. They responded, “No, he is our Pope!” They said that as Cardinal Ratzinger, he had never lived inside the Vatican, but purposely lived for decades in an apartment outside the walls. Every day he would walk to his office and stop at the local shops and cafes, visit with locals in the street, including children, and stroll around and through the columns of St. Peter’s Square, always with friendliness and genuine interest in anyone he met. He may have been German, but he spoke perfect Italian. He may not have been Italian, but he was Roman.

Both before and during his papacy, he worked tirelessly to achieve Christian unity. He made gigantic overtures to the Eastern Orthodox; he took action to get Traditionalists back into the fold; he remarkably created a joint declaration on faith with the Lutherans, and he formed the Ordinariate to pave the way for Anglicans to reconcile with the Church. Yet all of these astounding achievements were given a lukewarm reception. When he went to England to beatify John Henry Newman, the press and the politicians were openly hostile. However, he won over the hearts of the people, and many conversions followed. Ironically, he probably spoke English better than any other Pope since the only Englishman, Nicholas Brakespear, ascended to the throne of Peter as Adrian IV in 1154.

While the secular world never warmed up to him, he had loyal fans among strong orthodox Catholics. Yet, many of these he disappointed in 2013, when he suddenly announced his resignation from the Papacy. I remember hearing someone say “abdicated,” and not in a nice way. It was a jolt inside and outside the Church. Popes were expected to die in office. A strange expectation. But Benedict, who had watched John Paul II’s prolonged suffering and death, knew that that great pontiff, while a model of grace and fortitude, was simply not an effective leader of the Church in his last days. Facing his own age and failing strength, Benedict sought to establish a new precedent. It was a courageous and humble decision. Being elected Pope does not have to be a death sentence. There is a time to step down, to retire and pray, and let another lead. We hope his successors will follow his example.

He leaves an outstanding legacy with his many books, the depths of which we are only beginning to explore. He was a scholar wedged between two much more charismatic popes, but his work might well prove to be more permanent. And his line about the dictatorship of relativism remains as the most accurate assessment of our age. (But I must say that it echoes a line of G.K. Chesterton’s from 1914: “The exception has become the rule, and that is the worst of all possible tyrannies.” Relativism means there is no rule; only exceptions.)

On New Year’s Day, the next morning after Pope Benedict’s death, at Sunday Mass in my own parish, our schola chanted a piece in Latin during Communion. It articulated the longing for God that we should all feel as we approach the altar. It was beautiful and we were wondering where it came from. We learned at the end of Mass, that the phrase was Pope Benedict’s last words: “Jesus, I love you,” and our choir director had composed the piece during the night. The choir had only a few minutes before Mass to rehearse the beautiful worshipful musical tribute. When I congratulated him afterwards, the choir director told me how moved he was that this profound and prolific theologian had summed up his life and his work with those final words. “Jesus, I love you.” 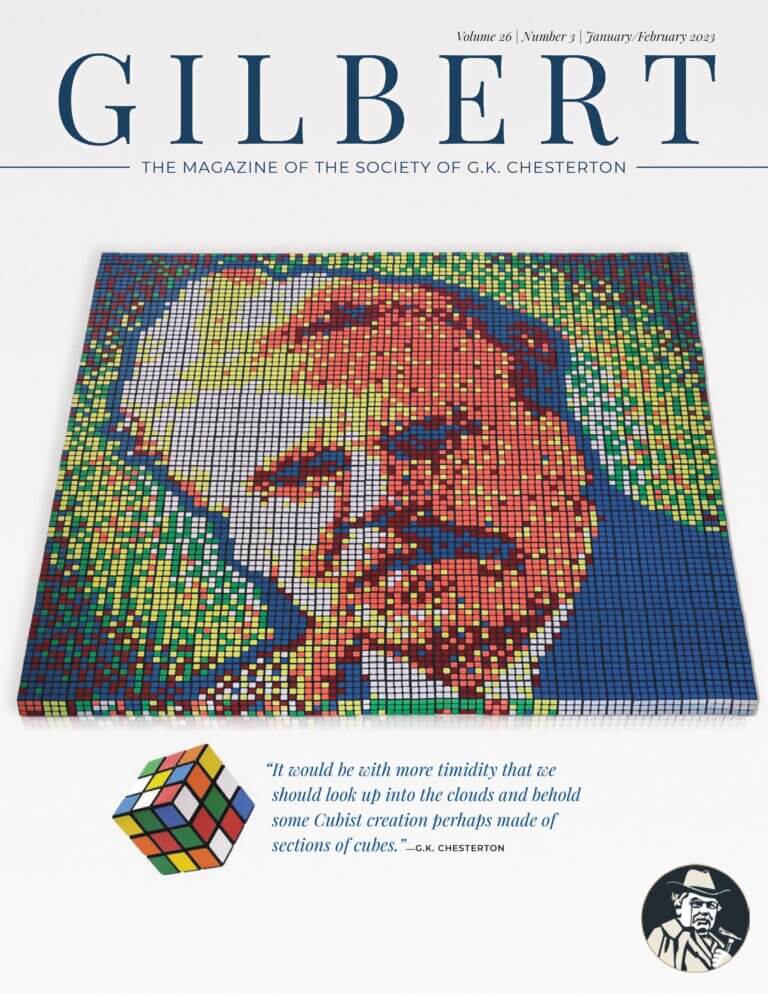