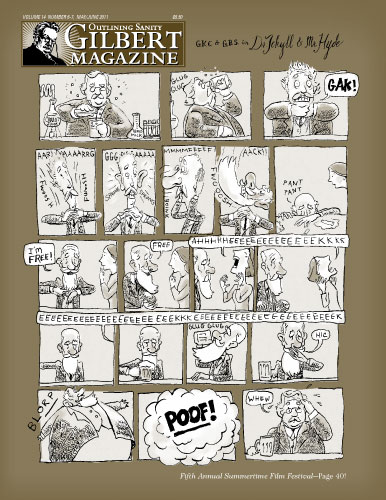 8 | Straws in the Wind
A Man Who Does Not Exist by G.K. Chesterton

10 | Alarms and Discursions
An Interview with John Zmirak by Sean P. Dailey

20 | All Is Grist
The Ugly Truth by Joe Campbell
How I Survived the Attack of the Monster Baby by Lorraine V. Murray
Wood, Swords, and Redemption by Daniel Collins

23 | Chesterton University
Out of the Shadows

24 | The Signature of Man
Portrait Painting by G.K. Chesterton

27 | Jogging with G.K.
‘The Quarrel’ by Robert Moore-Jumonville

29 | All I Survey
A Do-It-Yourself Essay by David W. Fagerberg

58 | Letter to America
The Gold Standard by G.K. Chesterton